I had no idea if I was going to tickle your fancy with my first step into the dark side of romance with The Brit. But it seems I did, and I am so here for it 🥰 I simply HAD to expand that world.

The Enigma releases Nov 16th, and it’s set in the world of The Brit. James and Beau are 2 new characters, it’s a whole new story, but it ties in heavily to Danny Black AKA The Brit. It also has my favourite ending in the history of my endings. 😱 I can’t say much without spoiling a whole load of stuff from The Brit for those who haven’t gone there yet, so I’m going to shut my face right now, give you the blurb and the links (head to bio), and tell you to BRACE YOURSELVES 😬

THE ENIGMA is coming! 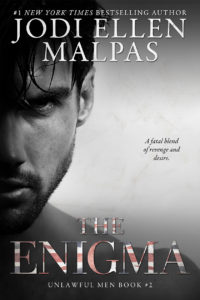 A fatal blend of revenge and desire.

After leaving her fiancé at the altar and quitting her job as a Miami cop, Beau Hayley stumbles through life, feeling only resentment. Injustice. Loss. Her mom’s death was called an accident. She’s not convinced. Grieving, she becomes numb to everything except the constant, biting pain of heartbreak and hate. She can see no light. Until she meets James Kelly, a man who seems as damaged as she is, inside and out. And yet despite his twisted, cold façade, he stimulates feelings. Pleasure. He is a respite from her own flaws. A complete mystery.

And impossible to resist.

James Kelly has only one objective. Find the men who murdered his family and kill them all very slowly. But the web of crime and deceit leads him to Beau Hayley, the daughter of the notorious FBI agent who pursued him relentlessly until her death. Beau is not what James expected, and past the darkness that shrouds her, he finds a glimmer of light. Light is addictive. An escape. Beau might be the key to James’s mercy mission, but with dire consequences. So he has to decide—leave her breathing and risk exposing himself, or kill her and continue his mission, still unknown.

Two tortured souls playing one deadly game. But who will survive?